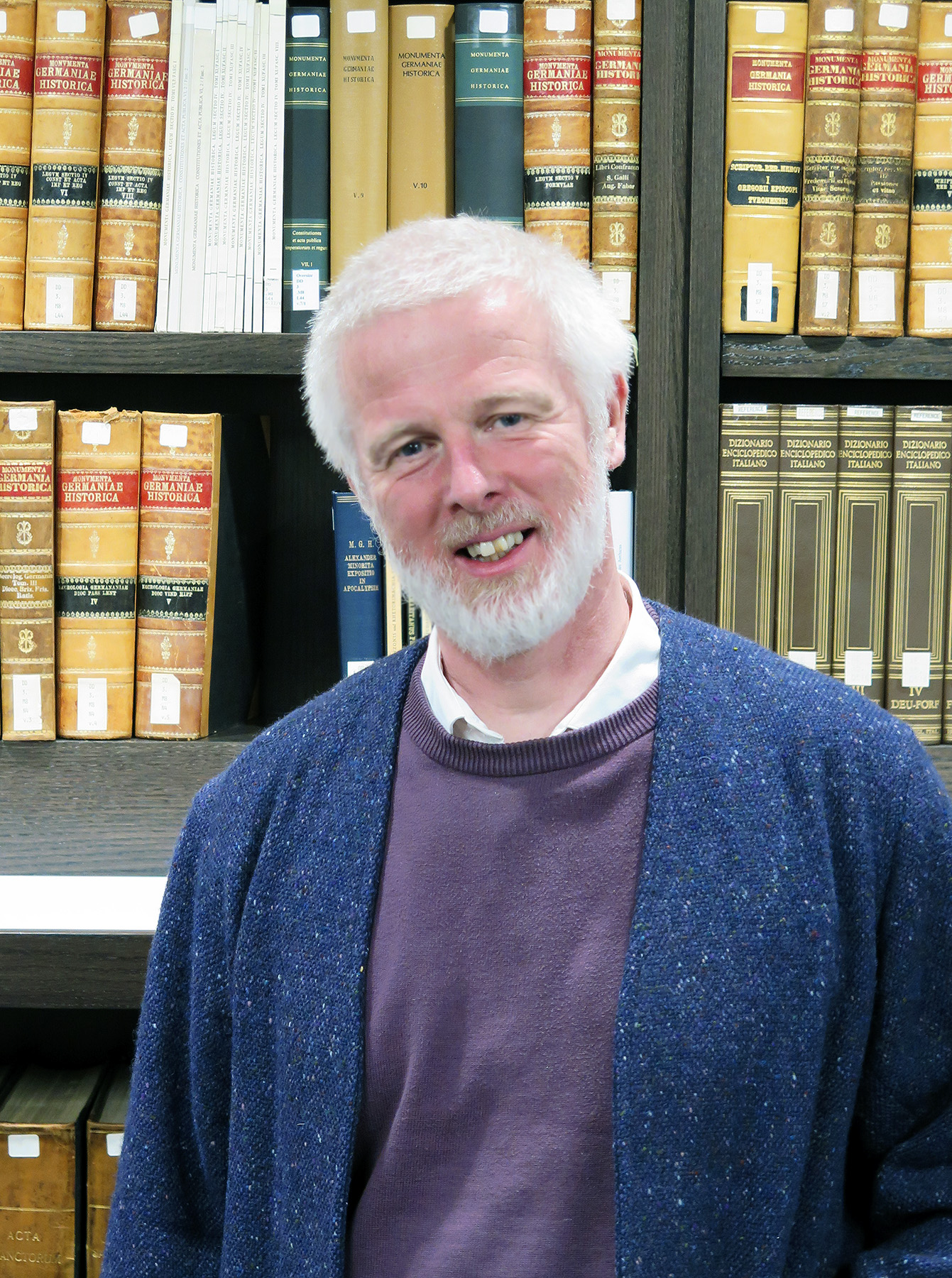 ​Colmán Ó Clabaigh, OSB is a Benedictine monk of Glenstal Abbey, Co. Limerick, and a medievalist specializing in the history of monasticism and religion in Late Medieval Ireland. He was awarded a BA in 1989 at NUI, Galway and after undertaking research in Italy, Belgium and Oxford, received his doctorate in 1998 from the National University of Ireland. This was published as The Franciscans in Ireland, 1400–1534: from Reform to Reformation (Dublin: Four Courts Press, 2002). His monograph The Friars in Ireland, 1224-1500 (Dublin: Four Courts Press, 2012) was awarded the 2013 National University of Ireland Prize for Irish Historical Research.

Apart from these book length publications Ó Clabaigh has contributed articles, reviews and editions of documents to numerous Irish and international journals. He has lectured and taught courses for institutions and organizations in Ireland, Great Britain, Italy and Nigeria and came to Boston College having completed a semester as Visiting Professor at the School of Theology, St John’s University Collegeville, Minnesota. His current research focuses on popular religion in Medieval Ireland, and while serving as the Burns Visiting Scholar in Irish Studies he taught a course on Religion and Society in Ireland, c. 1215 to c. 1526 in the Department of History.