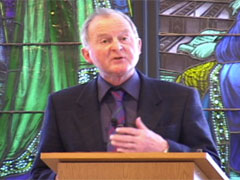 Tom ​Garvin is Professor Emeritus of Politics at University College Dublin, where he lectured until 2008. In the early 1980s, he was a founder of the Political Studies Association of Ireland. Garvin has spent a great deal of time teaching in the United States over the course of his career, including courses at Colgate University, Mount Holyoke College, and the University of Georgia. The author of a series of books focusing on essential themes in Irish history, Garvin was elected a member of the Royal Irish Academy in 2003.

Judging Lemass: The Measure of the Man. Dublin: The Royal Irish Academy, 2009.

The Evolution of Irish Nationalist Politics. Dublin: Gill and Macmillan, 2004.

Preventing the Future: Why was Ireland so poor for so long? Dublin: Gill and Macmillan, 2004.