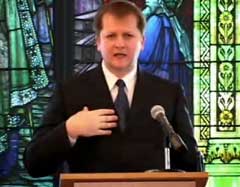 Alvin Jackson is currently Sir Richard Lodge Professor of History at the University of Edinburgh, a post he has held since 2004. An honorary member of the Royal Irish Academy, he has also taught at University College Dublin and Queen’s University Belfast. In addition to his appointment as Burns Scholar in 1996, Jackson has been the recipient of several UK national awards, including a British Academy-Leverhulme Senior Research Fellowship (2009) and a Leverhulme Major Research Fellowship (2014). Jackson’s research examines the relationship between Britain and Ireland in the nineteenth and twentieth centuries, focusing especially on Irish Unionism.