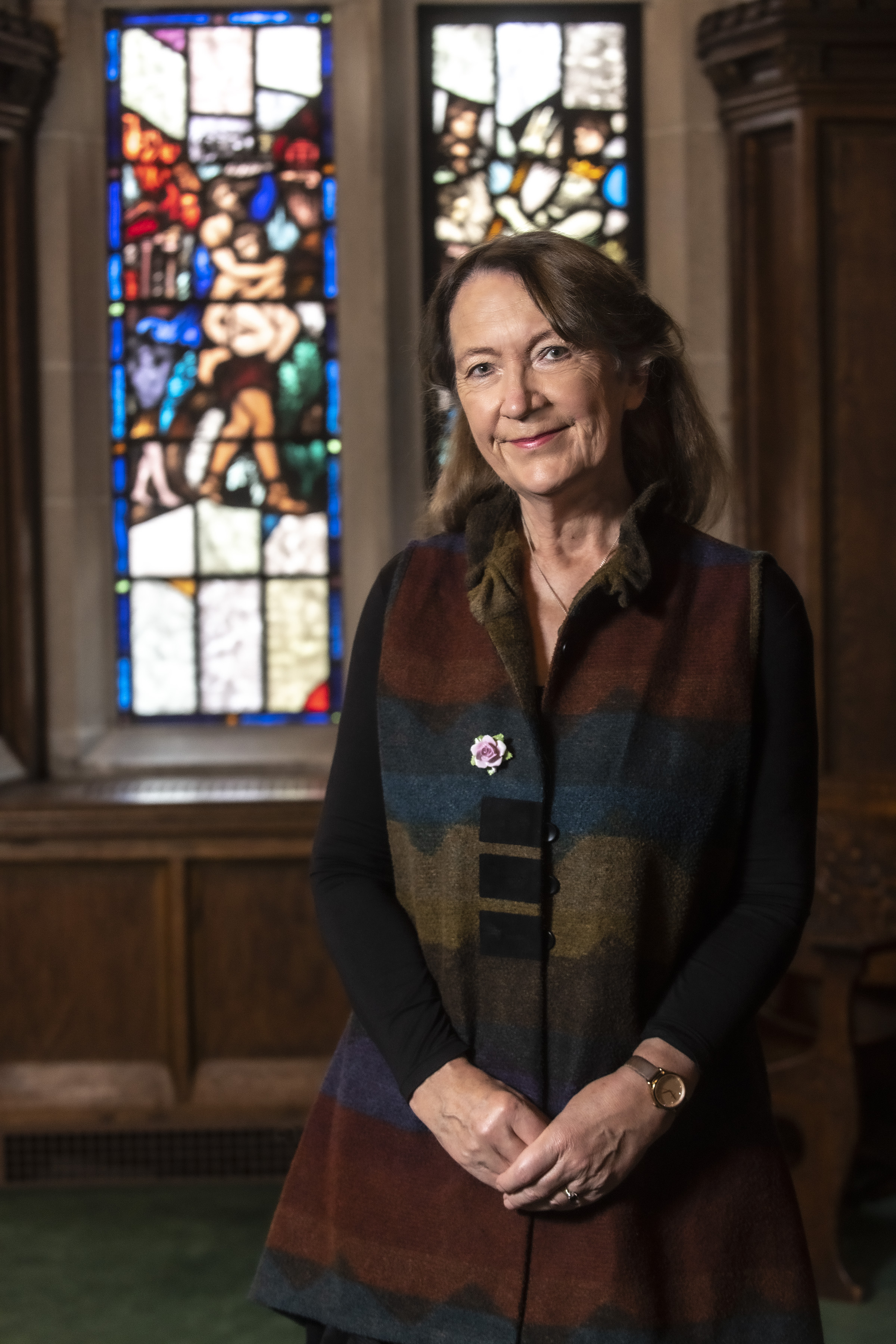 Dr. Éilís Ní Dhuibhne was the Burns Visiting Scholar in Irish Studies for Fall 2020. Born in Dublin, where she still lives, she is a writer, lecturer in creative writing, and folklorist. Her B.A. from University College Dublin was in pure English (Old, Middle and Modern). She also earned an M.Phil. in Medieval Studies and and a Ph.D. in Folklore. Her dissertation dealt with the relationship of oral tradition and literature, particularly in the work of Chaucer. Éilís has worked as an Assistant Keeper in the Manuscripts Department at the National Library of Ireland, and as a lecturer in Creative Writing and Folklore Studies at University College Dublin. Her current folklore research focuses on the early nineteenth-century collector Thomas Crofton Croker and his connection with the Brothers Grimm.

Éilís is best known as a novelist and short story writer. She has published almost thirty books, including novels, collections of stories, plays, and non-fiction. Her most recent books are Selected Stories (Dalkey Archive Press, 2018) and a memoir, Twelve Thousand Days (Blackstaff Press, 2019). Her books have been widely translated. Forthcoming publications are her seventh collection of short stories, Little Red, and a collection of autobiographical essays by Irish women writers born in the 1950s, Look! It’s a Woman Writer.

Éilís writes in both Irish and English. She has received many literary awards, including the Irish PEN Award for Outstanding Contribution to Irish Literature, the Stuart Parker Award for Drama, and Butler Award for Prose. Her novel The Dancers Dancing was shortlisted for the Orange Prize for Fiction. She is a well-known literary critic, reviewing regularly for the Irish Times, and a frequent adjudicator of literary competitions, most recently the 2019 Dublin International Literature Award.

As well as teaching and writing, Éilís is active in literary societies. She is president of the Folklore of Ireland Society, an ambassador for the Irish Writers’ Centre, and board member of the Joyce Centre in Dublin. She was elected a member of Aosdána, the affiliation of creative artists in Ireland, in 2004, and in 2016 was inducted into the Hennessey Literary Awards Hall of Fame in 2016.

During her semester at Boston College, Éilís facilitated a weekly creative writing seminar, focusing on fiction. She also worked on a new novel and carried out research on early Irish folklorists.

For more about Éilís and her residency at Boston College, please see the article published in the October 30 issue of the Boston College Chronicle.

This course provided encouragement, practice, and criticism for students seriously interested in writing short fiction. The workshop format demands self-motivation and universal participation. Since students' stories are texts for class discussion, a generous willingness to respond to others' writing and to expose one's own work to such reactions is an essential prerequisite. Individual conferences with the instructor supplement the workshop discussions. Students are expected to produce a steady stream of new and revised fiction throughout the semester. Narrative preferences from the traditional to the experimental are welcome.

We were pleased to host a virtual book launch for Éilís Ní Dhuibhne to celebrate her new collection of short stories, Little Red. The conversation was moderated by James Smith, who teaches in the English department and Irish Studies program at Boston College. Ní Dhuibhne also discussed her current projects, which include an anthology of autobiographical essays by Irish women writers born in the 1950s—Look! It's a Woman Writer—soon to appear from Arlen House. Little Red and Other Stories is available on Kindle and online bookstores.

Éilís was the featured guest on the weekly Zoom discussion hosted by BC professors Mike Cronin and Joe Nugent. This week's theme was writing in the time of Covid. For further details, see "The Irish Influence" schedule and Boston College Chronicle article about the webinar series.