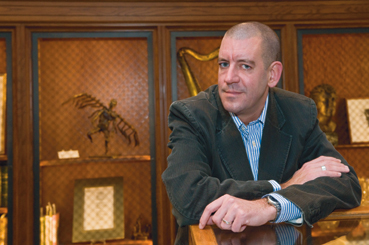 ​Diarmaid Ferriter is Professor of Modern Irish History at University College Dublin, where he earned both his BA and Ph.D.  He has also taught at Saint Patrick’s College Drumcondra, in addition to his tenure as Burns Visiting Scholar. Among Ferriter’s primary areas of interest are Irish women’s history, power in twentieth century Ireland, Eamon de Valera’s impact on Irish history, and the revolutionary period at the turn of the twentieth-century. Accordingly, his teaching focuses on the intertwined social, political, and cultural history of the last century in Ireland.

Through Boston College’s Front Row service, you can view videos of two of Ferriter's talks:

What if? Alternative Views of Twentieth century Ireland. Dublin: Gill and MacMillan, 2006.