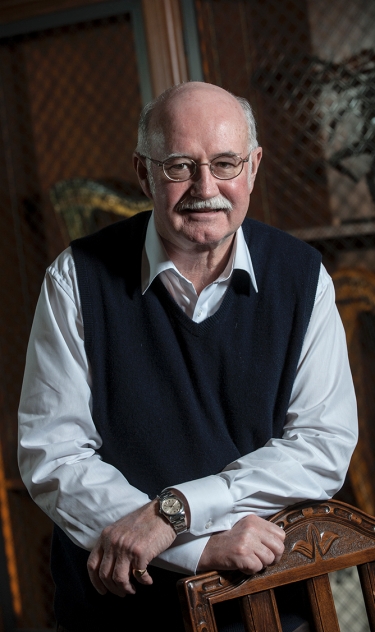 Peter Fallon is the founder of the Gallery Press, a prominent Irish publisher of poetry and drama. He is also a widely acclaimed poet, the recipient of the O’Shaughnessy Poetry Award granted by the Irish American Cultural Institute. Continually engaged with research and instruction, Fallon has been a Writer Fellow and Visiting Writer at Trinity College Dublin, where he also served as an Adjunct Professor of English. His research interests include the history and people of County Meath, where he grew up and still makes his home. In addition to teaching an undergraduate poetry workshop during his Burns Visiting Scholar appointment, Fallon utilized the Burns Library’s Irish collection to research Turlough O’Carolan, a harpist-composer who worked in Meath in the early eighteenth-century.

A Boston College Chronicle interview with Fallon, published in January 2013, is available online.