Detail of the Burns Library Doorway

Boston College, 1863-1938: A pictorial and historical review commemorating the seventy-fifth anniversary of the founding of the College.
Call Number: LD473 .B67 1938 REF
Contains hundreds of photographs of early campus.

Athletics at Boston College by Nathaniel John Hasenfus
Call Number: GV691.B67 H37 1943 REF
Covers Football and Hockey at BC from beginnings to 1943 - including rosters.

Boston College Graduate School of Arts and Sciences: Continuity and Change at the Heart of Boston College by Stephanie Kermes
Call Number: LD479.5.G7 K37 2004 REF
Produced by the BC Office of Marketing Communications. The school is now known as the Graduate School Of The Morrissey College Of Arts & Sciences.

The Development of Coeducation at Boston College by Loretta Higgins
Call Number: LD473.H54 1986a REF
Thesis for the Graduate School of Arts and Sciences.

A Dynamic Era in the History of Boston College: The Higher Education of Undergraduate Women, the School of Education, 1952-1965 by Mary Kinnane
​Call Number: LD473.K56 2002 REF
A golden jubilee commemorative volume.

Boston College Law School After Fifty Years: An Informal History, 1929-1979 by Todd F. Simon
Call Number: KF292.B68 S555 1980 REF
A history of BC Law School by a 1980 graduate. Includes many images from the history of the school, along with a description of the school's founding and development.

James M. Linnehan autobiography, [194-].
Call Number: LD472.9 .L56 1984 GENERAL
​This autobiography covers Linnehan's life from his early childhood through his student days at BC. Much of the work discusses his participation in sports at both BC High School and BC.

Books in the Library 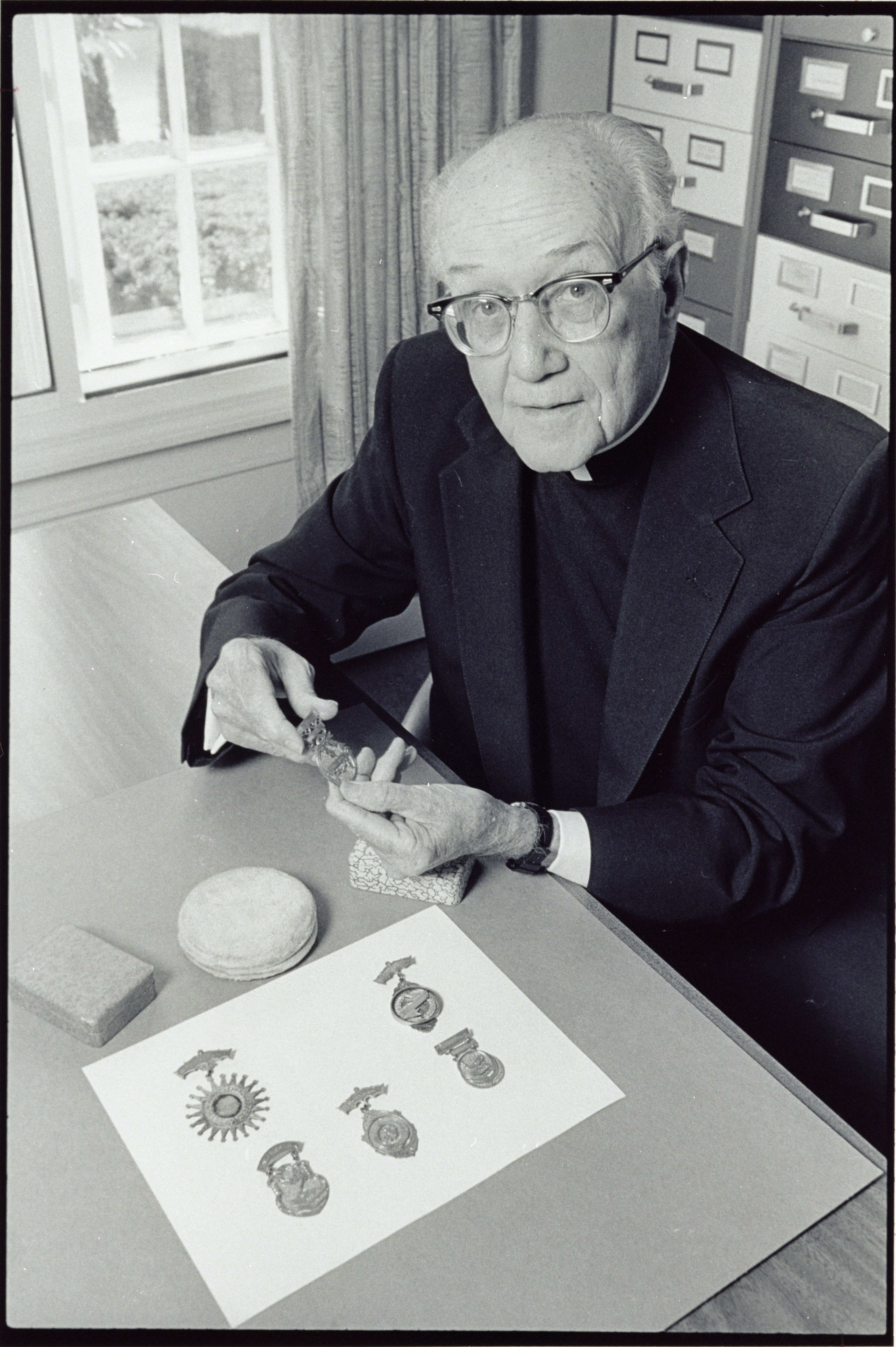 Occasional Papers on the History of Boston College

University Historians Charles F. Donovan and Thomas H. O'Connor prepared pamphlets, or occassional papers, on topics having to do with Boston College history. All of these pamphlets are also available in the Reading Room.