This guide is an introduction to the basic resources for doing research in theology and for beginning a biblical exegesis paper.

The following outline presents an approach to finding materials for a biblical exegesis paper.  The other pages of this guide provide information about resources that can be consulted in addition to the ones mentioned below.

For an introduction to the context of the exegesis passage:

For articles and essays 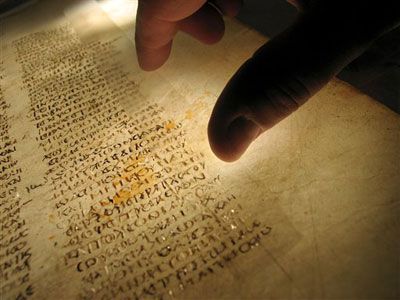 In July 2009, the surviving pages of the Codex Sinaiticus, a manuscript containing the Christian Bible in Greek, including the oldest complete copy of the New Testament, became available on the web for study. The physical pages have been housed in four separate locations around the world for more than 150 years.