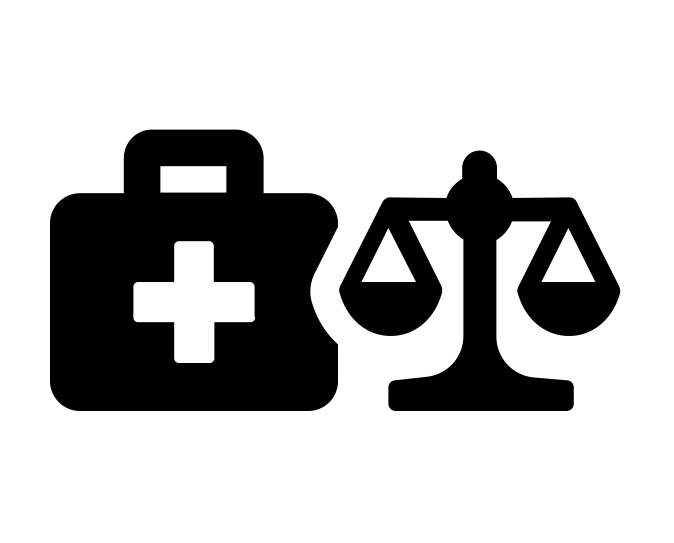 In honor of Constitution Day, this collection of books and government documents invites you to explore the case of Jacobson v. Massachusetts and the government's power to protect public health in the fight against Covid-19. 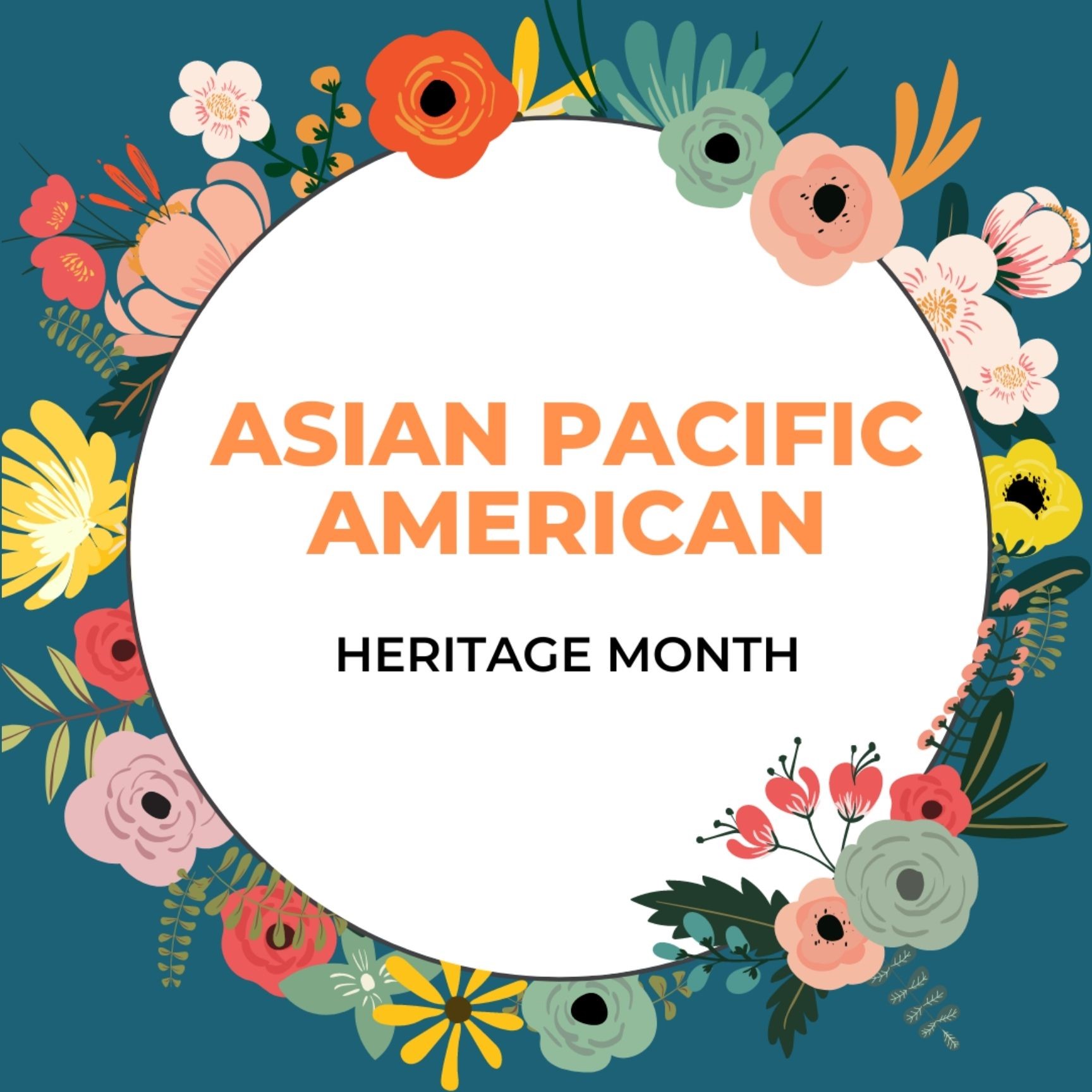 May is Asian/Pacific American Heritage Month – a celebration of Asians and Pacific Islanders in the United States. A rather broad term, Asian/Pacific encompasses all of the Asian continent and the Pacific islands of Melanesia, Micronesia, and Polynesia. The month of May was chosen to commemorate the immigration of the first Japanese to the United States on May 7, 1843, and to mark the anniversary of the completion of the transcontinental railroad on May 10, 1869, where the majority of the workers who laid the tracks were Chinese immigrants. 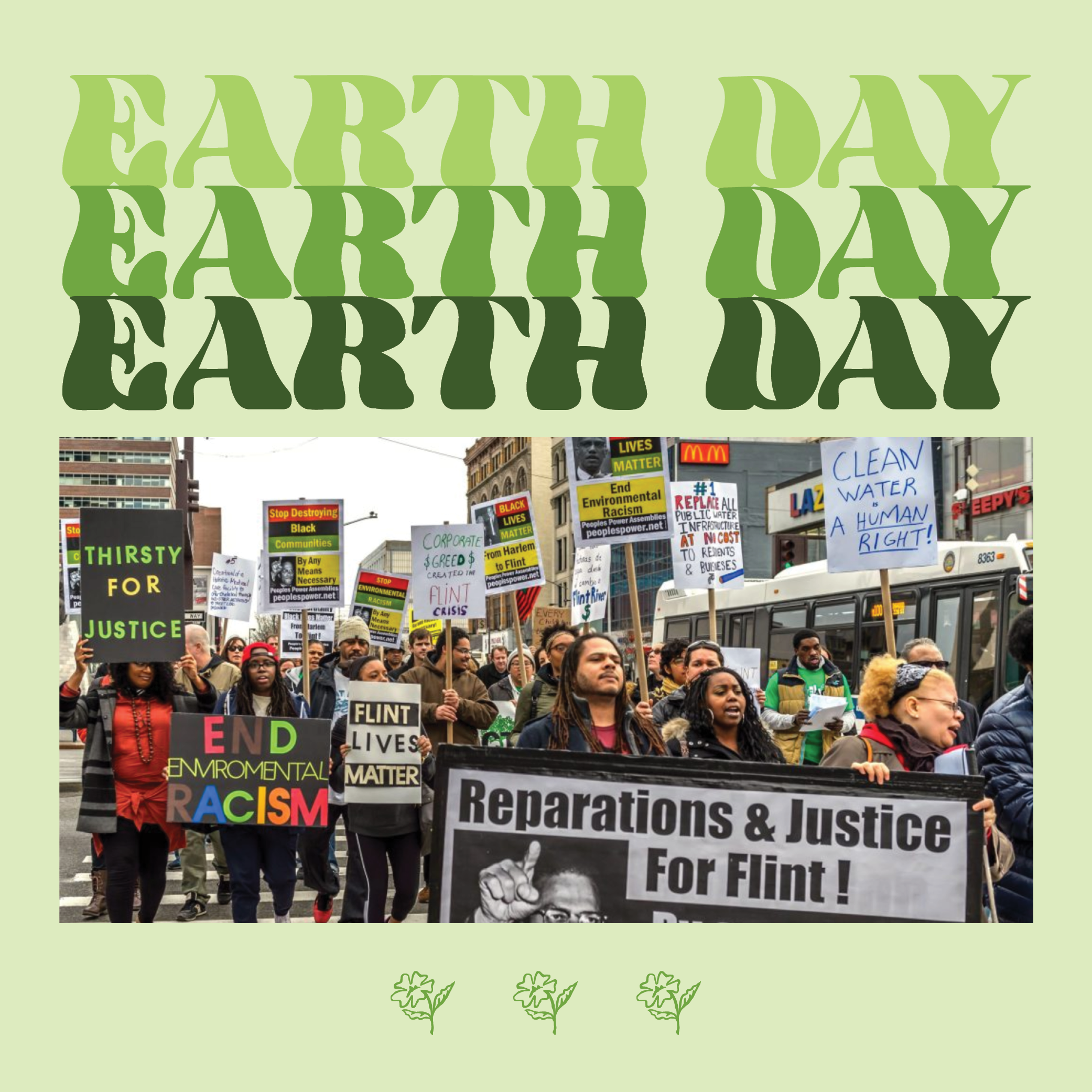 Earth Day is an annual event on April 22 to demonstrate support for environmental protection and advocacy. First held on April 22, 1970, it is celebrated by over 1 billion people in more than 193 countries. In honor of our little blue planet, the BC libraries have put together this book list, and you can learn more about Earth Day here. 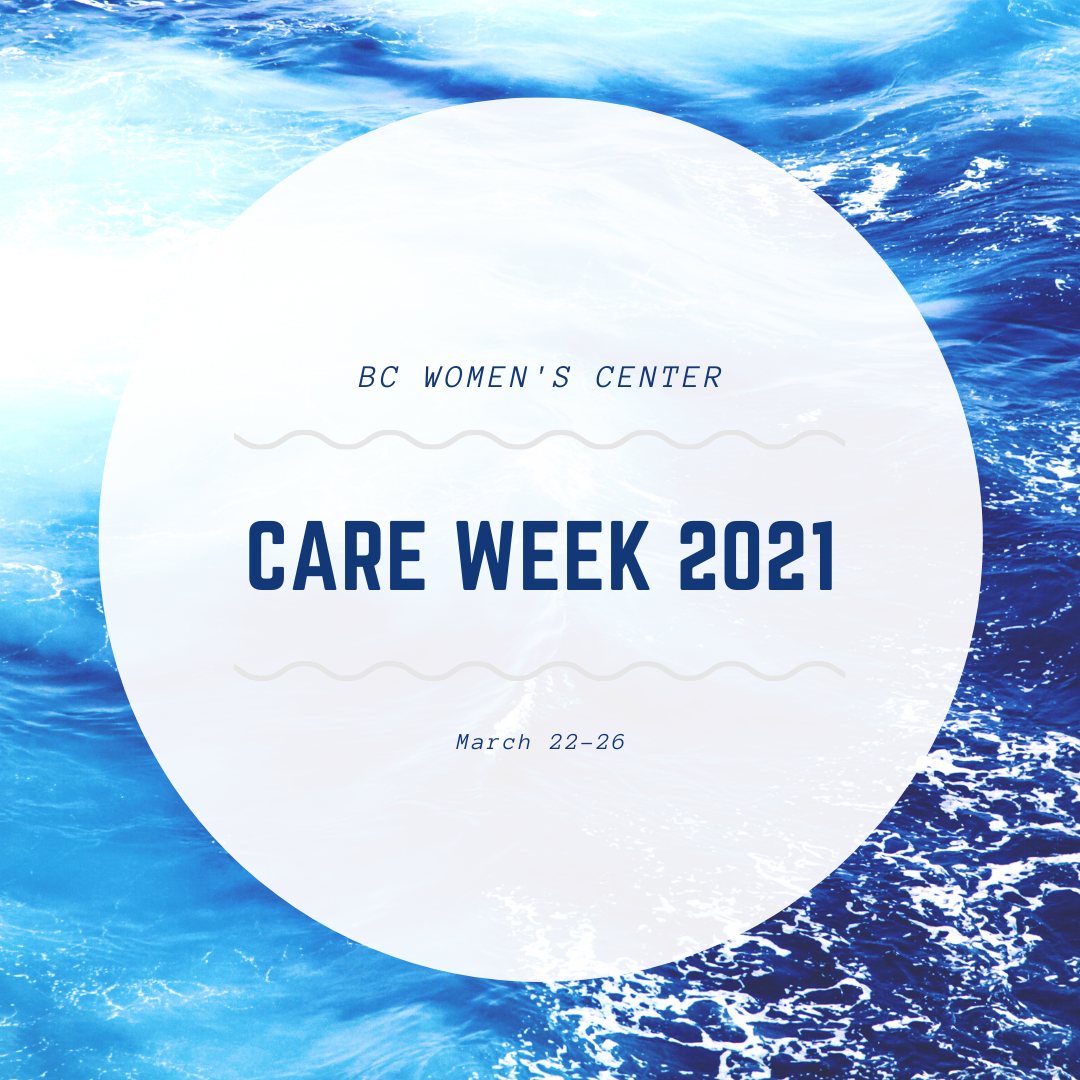 Concern About Rape Education Week, also known as CARE Week, is a program hosted by the Boston College Women's Center each year during the spring semester. Though matters of rape and sexual assault are issues that students face throughout the year, CARE week aims to raise awareness about these issues on campuses and bring them more into focus. During this week, the Women's Center collaborates with other organizations/offices on campus to bring the Boston College community a wide array of programs that hope to educate on how to support survivors, but also promotes healing for survivors. This display aims to provide additional insights into rape and sexual assaults on campus, from survivor accounts to academic analysis. For more information on CARE Week, check out the Boston College Women's Center here. 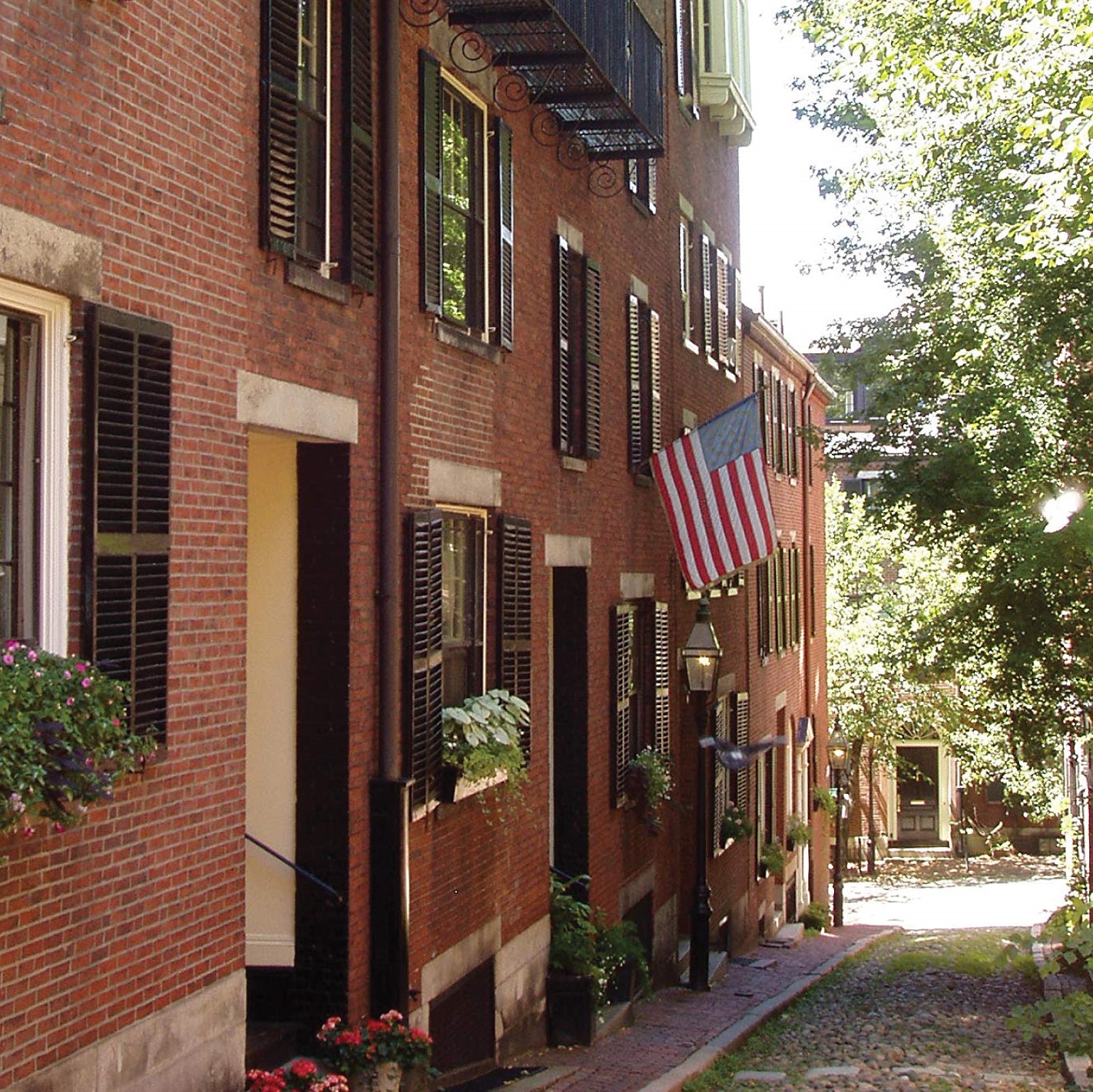 Boston's history and legacy is interwoven with the history and legacy of its citizens. Populations from all over the world have called Boston their home, shaping the culture and the city itself. Pulled from Boston College's collection, these works highlight the impact that different racial and ethnic groups have had on the city's past and the ways in which those echoes are felt as it moves into the future. 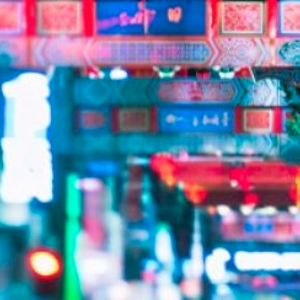 The Aquino Scholarship Committee and the Asian American Studies Program wrote a joint statement condemning the upsurge in anti-Asian violence since the beginning of the COVID-19 pandemic. The statement included a list of books for further reading. Below are the titles from that list that are in the BC Libraries collection, with direct links to item records in the catalog. 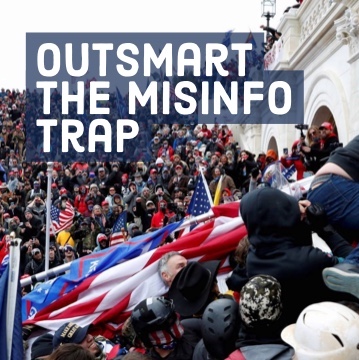 As the web and social media have come to dominate a world of information that used to be mediated--by book and periodical publisher and television and radio broadcasters--we're all faced with a world of information full of voices that were once muted by gatekeepers. On the one hand, it's more democratic; on the other, it's overwhelming, chaotic, and replete with people taking advantage of our trust. It's the Wild West. Adapting to this overwhelming torrent of information, misinformation, and disinformation is hard. Our old strategies for sorting the good from the bad--adapted for a world in which a lot of our information was pre-filtered--no longer work. How can we ensure that we discard disinformation and misinformation? How do we ensure the information we're finding is based on solid evidence and reason? Here are some titles that might help.

The Right to Vote: A Fight for All Americans 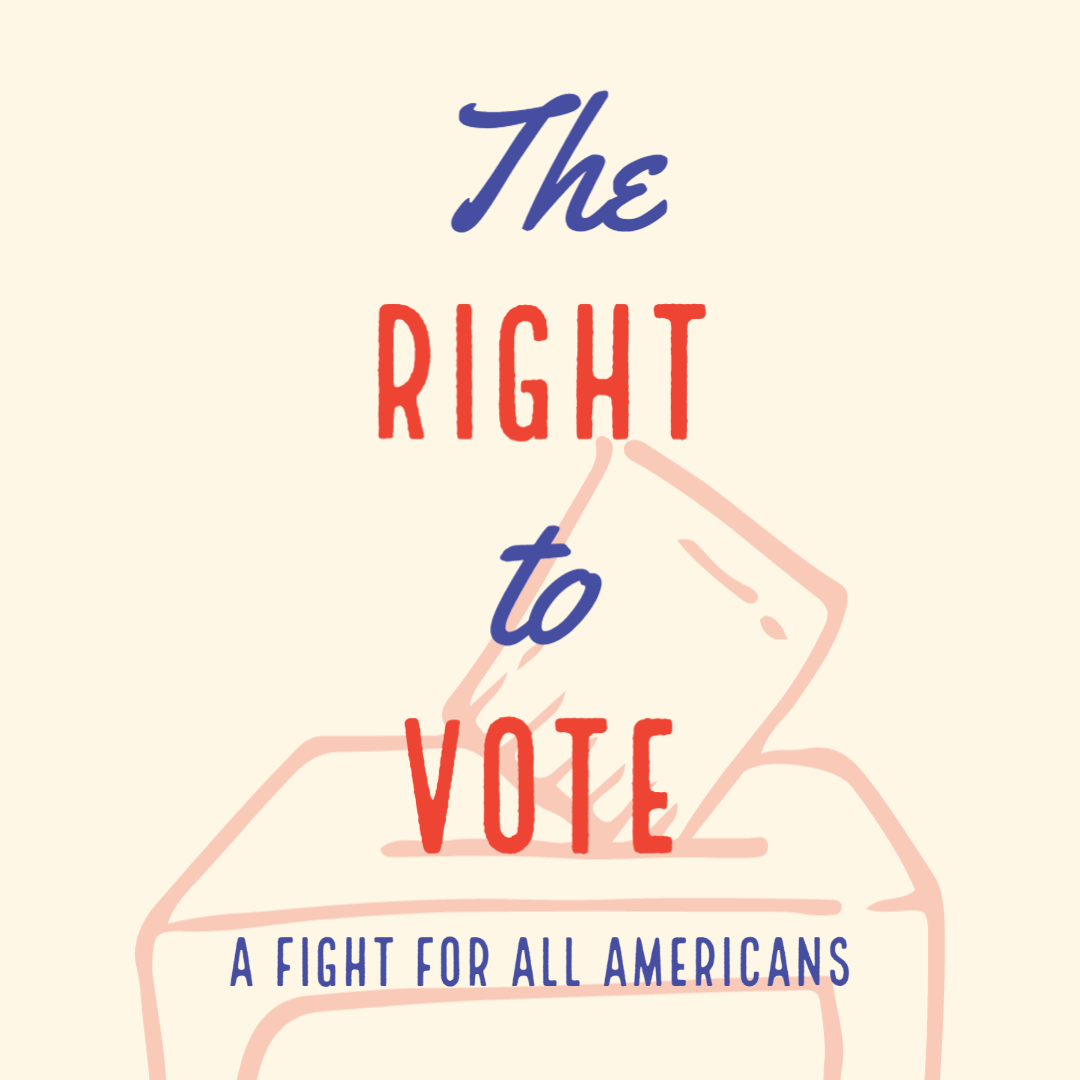 As the United States votes this year in a time of crisis, we also honor the centennial anniversary of the 19th Amendment’s ratification. How far have we come in the last 100 years and since the Voting Rights Act of 1965? How must we fight today to ensure all Americans can exercise their right to vote and be counted? What lessons will we learn from the 2020 election? The books showcased here illustrate our progress and failures since the 19th Amendment and propose ways we can fix our voting system. 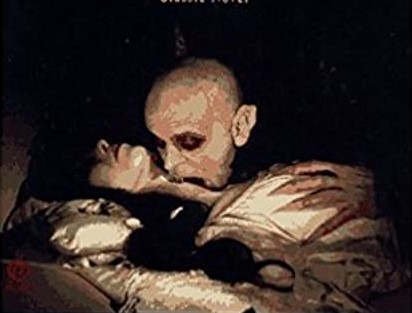 Halloween, also known as Allhalloween, All Hallows' Eve, or All Saints' Eve, is a celebration observed on October 31st. It begins the observance of Allhallowtide, the time in the liturgical year dedicated to remembering the dead, including saints (hallows), martyrs, and all the faithful departed. One theory holds that Halloween traditions may have been influenced by Celtic harvest festivals, particularly the Gaelic festival Samhain, which may have had pagan roots; some scholars hold that Samhain may have been Christianized as All Hallow's Day, along with its eve, by the early Church. Halloween activities include trick-or-treating, attending Halloween costume parties, carving pumpkins into jack-o'-lanterns, lighting bonfires, apple bobbing, playing pranks, visiting haunted attractions, telling scary stories, as well as watching horror films. In that spirit, the BC Libraries have put together a list of Halloween-inspired stories from around the world. 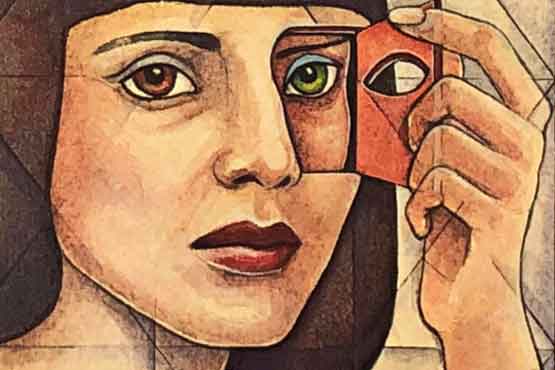 The Post-Boom started in the 1980's. It was different from the Boom in many aspects, most notably in that the Post-Boom had a strong presence of female authors. post-Boom authors such as Isabel Allende, Roberto Bolaño, Cristina Peri Rossi, Elena Poniatowska, Severo Sarduy, Manuel Ping, Luisa Valenzuela, and Giannina Braschi, rejected the Boom's experimental approach. Instead, they embraced a simpler, more approachable narrative. 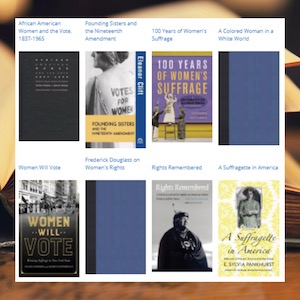 This year the United States marks the 19th Amendment's centennial anniversary as the nation prepares to vote in a time of grave crisis. How far have we come in the last 100 years and since the Voting Rights Act of 1965? How should we fight today to ensure all Americans can exercise their right to vote? The books showcased in this exhibit illustrate our progress and failures since the 19th Amendment and propose ways we can fix our voting system. 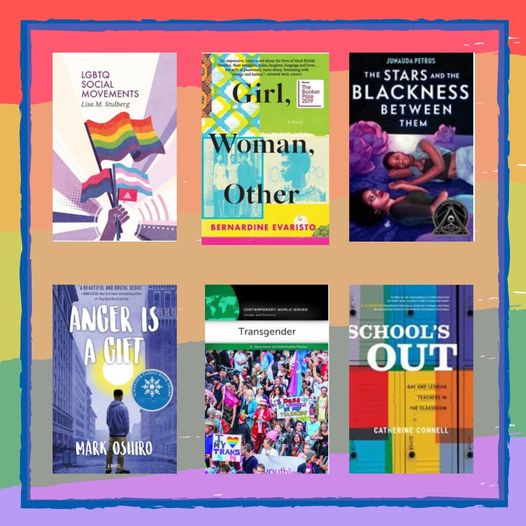 LGBTQ+ Pride Month is celebrated each year in June to recognize the impact of the Stonewall Riots of 1969. A tipping point for the Gay Liberation Movement in the United States, they are commemorated each year to recognize the important contributions LGBTQ+ people have had on the world. BC Libraries has put together this virtual e-book display, all of which are available to the BC community.

The Criminalization of the Black Body and Incarceration 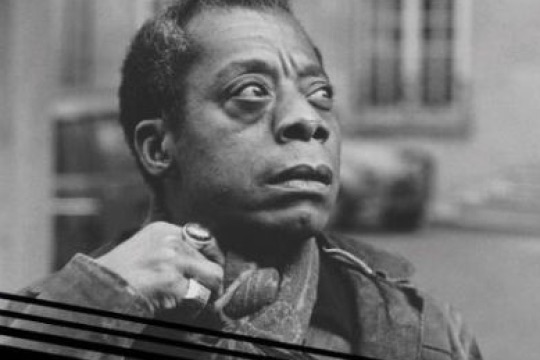 The history of the United States is a history of struggle for civil rights. To the country’s great shame, the early declaration that “all men are created equal” was immediately qualified to exclude more than half of the country’s small population. Even as access to citizenship and the vote expanded, the systems of protection and punishment/rehabilitation implemented have been unevenly enforced. This reading list highlights some of the studies examining that gross inequality of justice along predominately racial lines focusing on the criminalization of blackness across the United States after the Second World War. The list combines a selection of recent studies examining the contemporary system of institutional inequality and its historical development alongside a few of the seminal theoretical works that shaped our current discourse. 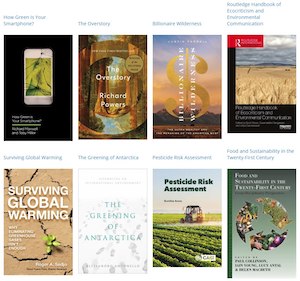 In observance of the 50th Anniversary of Earth Day, BC Libraries has assembled this virtual book display of e-books available through BC Libraries. Browse and enjoy! Find out more about Earth Day 2020.