The Post-Boom started in the 1980's. It was different from the Boom in many aspects, most notably in that the Post-Boom had a strong presence of female authors. post-Boom authors such as Isabel Allende, Roberto Bolaño, Cristina Peri Rossi, Elena Poniatowska, Severo Sarduy, Manuel Puig, Luisa Valenzuela, and Giannina Braschi, rejected the Boom's experimental approach. Instead, they embraced a simpler, more approachable narrative.

The following e-books and streaming media provide a sizable sample of the works of Boom and Post-Boom authors. 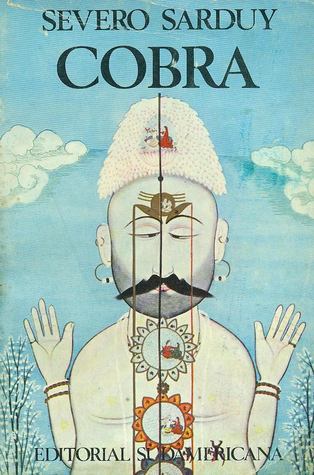 The tale of a transvestite named Cobra, star of the Lyrical Theater of the Dolls, whose obsession is to transform his/her body. She is assisted in her metamorphosis by the Madam and Pup, Cobra’s dwarfish double. They too change shape, through the violent ceremonies of a motorcycle gang, into a sect of Tibetan lamas seeking to revive Tantric Buddhism. 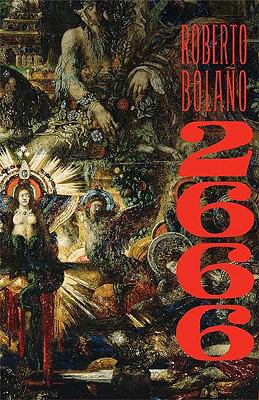 Its throng of unforgettable characters includes academics and convicts, an American sportswriter, an elusive German novelist, and a teenage student and her widowed, mentally unstable father. Their lives intersect in the urban sprawl of SantaTeresa - a fictional Juarez - on the U.S.-Mexico border, where hundreds of young factory workers, in the novel as in life, have disappeared. 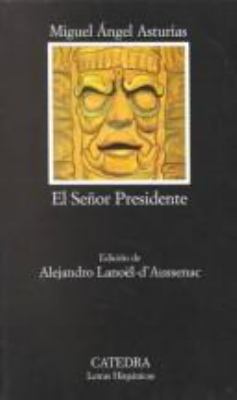 A landmark text in Latin American literature, El Señor Presidente explores the nature of political dictatorship and its effects on society. Asturias makes early use of a literary technique now known as magic realism. One of the most notable works of the dictator novel genre, El Señor Presidente developed from an earlier Asturias short story, written to protest social injustice in the aftermath of a devastating earthquake in the author's home town. 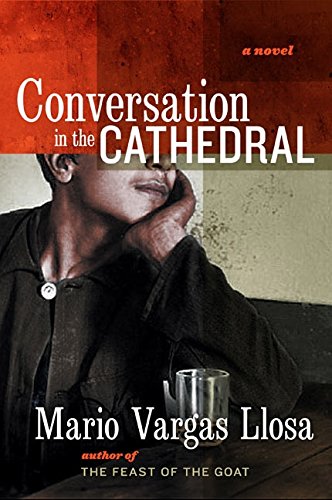 Conversation in the Cathedral

Conversation in the Cathedral takes place in 1950s Peru during the dictatorship of Manuel A. Odria. Over beers and a sea of freely spoken words, the conversation flows between two individuals, Santiago and Ambrosia, who talk of their tormented lives and of the overall degradation and frustration that has slowly taken over their town. Through a complicated web of secrets and historical references, Mario Vargas Llosa analyzes the mental and moral mechanisms that govern power and the people behind it. 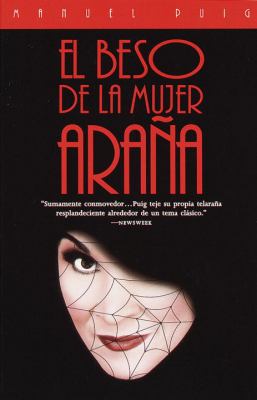 Kiss of the Spider Woman

Mostly consisting of dialogue between two men in an Argentine jail cell, the novel traces the development of their unlikely friendship. Molina is a middle-aged lower-middle-class gay man who passes the long hours in prison by acting out scenes from his favourite movies. Valentín is a young upper-middle-class socialist revolutionary who initially berates Molina for his effeminacy and his lack of political conviction. Sharing the hardships of a six-month prison term, the two eventually forge a strong relationship. 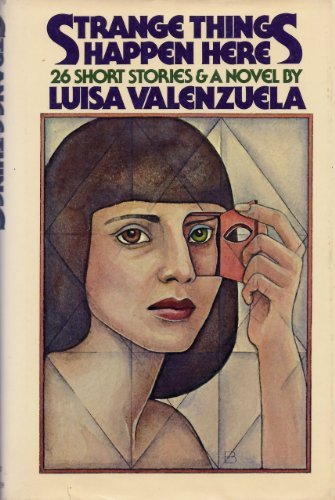 Using the themes of sex, psychoanalysis, masks, and mirrors, Valenzuela explores the irrational violence and oppressive political reality of daily life in Argentina in a series of powerfully written stories 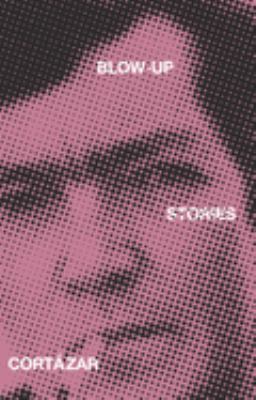 A young girl spends her summer vacation in a country house where a tiger roams . . . A man reading a mystery finds out too late that he is the murderer's intended victim . . . Originally published in hardcover as End of the Game and Other Stories, the fifteen stories collected here--including "Blow-Up," which was the basis for Michelangelo Antonioni's film of the same name--shows Julio Cortázar's nimble capacity to explore the shadowy realm where the everyday meets the mysterious, perhaps even the terrible. 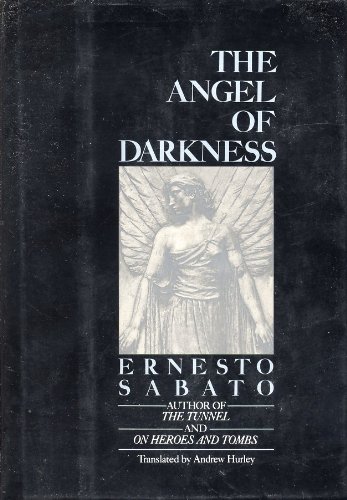 The Angel of Darkness

A novel by the award-winning Argentinian author of "On Heroes and Tombs". Set in teeming, corrupt Buenos Aires in the watershed year of 1973, it creates a portrait of a city, a culture and the tortured soul of a man who dares to look truth in the face. 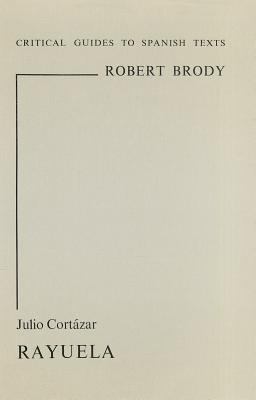 Horacio Oliveira is an Argentinean writer who lives in Paris with his mistress, La Maga, surrounded by a loose-knit circle of bohemian friends who call themselves "The Club." A child's death and La Maga's disappearance put an end to his life of empty pleasures and intellectual acrobatics, and returns to Buenos Aires. Rayuela is the dazzling, freewheeling account of his astonishing adventures. 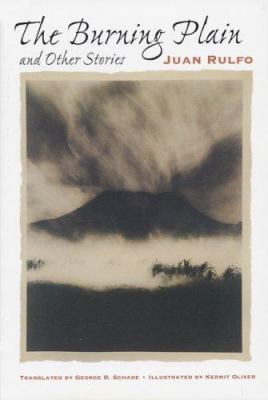 The Burning Plain and Other Stories

In the transition of Mexican fiction from direct statements of nationalism and social protest to a concentration on cosmopolitanism, the works of Rulfo hold a unique position. These stories of a rural people caught in the play of natural forces are not simply an interior examination of the phenomena of their world; they are written for the larger purpose of showing the actions of humans in broad terms of reality. 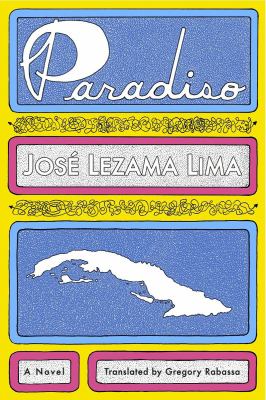 In the wake of his father's premature death, Jose Cemi comes of age in a turn of the century Cuba described in the Washington Post as "an island paradise where magic and philosophy twist the lives of the old Cuban bourgeoisie into extravagant wonderful shapes." 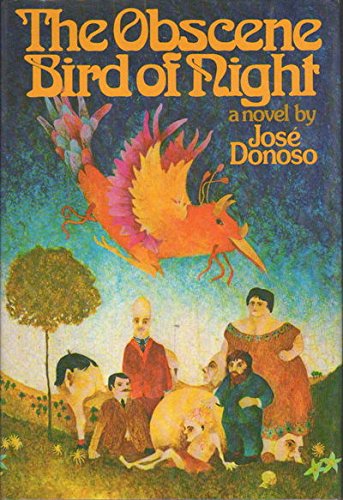 The Obscene Bird of Night

Humberto who lives and works at a convent home for old women loses his sanity as he becomes obsessed with black magic and his duty to protect a monstrous child. 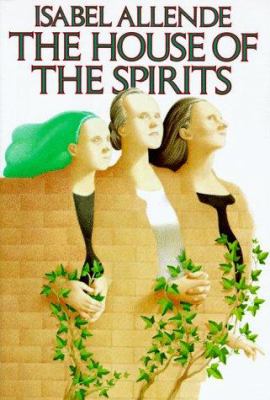 The House of the Spirits

On the day that the priest accused her of being possessed by the devil and that her Uncle Marcos's body was delivered to her house accompanied by a puppy, Barrabás, Clara del Valle began keeping a journal. Fifty years later, her husband Esteban and her granddaughter Alba refer to these journals as they piece together the story of their family. 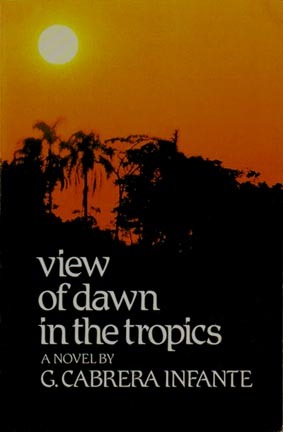 View of Dawn in the Tropics

Thought-provoking stories capture the turbulent history of Cuba and the Cuban people, from the discovery of the beautiful island through the last year before Castro's revolution.

This iconic Spanglish novel by the leading Hispanic-American poet Giannina Braschi was heralded by the New York Daily News as "an in your face assertion of the vitality of Latino culture in the U.S." It is also a very funny novel, a novel of argumentative conversations that cover food, movies, literature, art, the academy, sex, memory, and every day life. It is a book that should be performed as well as read. 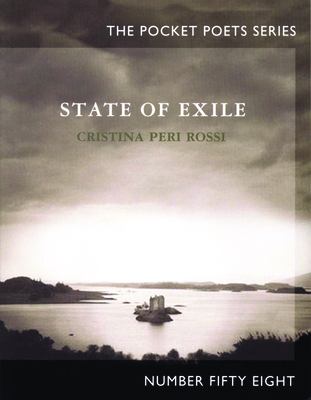 Cristina Peri Rossi was born in Uruguay and is considered a leading light of the "Latin American Boom" generation. In 1972, after her work was banned under a repressive military regime, she left her country, moving to Spain. This collection of poems, written during her journey and the first period of her self-exile, was so personal that it remained unpublished for almost thirty years. It is accompanied here by two brilliant essays on exile, one by Peri Rossi and the other by translator Marilyn Buck, who is an American political prisoner, exiled in her own land. Cristina Peri Rossi is the author of thirty-seven works, including The Ship of Fools. 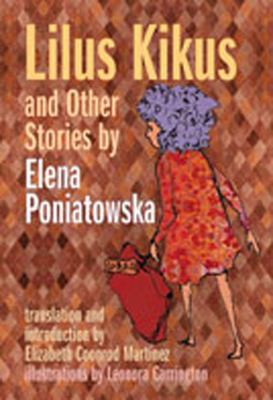 Twenty-first-century readers will be fascinated by the way Poniatowska uses her child protagonist to point out the flaws in adult society. Each of the drawings by the great surrealist Leonora Carrington that accompany the chapters in Lilus Kikus expresses a subjective, interiorized vision of the child character's contemplations on life.

In the provincial Argentine town of Santa Maria, Larsen is offered the job of general manager of Jeremias Petrus Ltd., and given the task of restoring the bankrupt shipyard. By the 1960s, Latin America's avant-garde movements had matured into a range of literary styles that were firmly entrenched in the cultural landscape. At the same time, there emerged a new and distinctive accent to Latin American literature that was no less authentic than its forebears. This program surveys the artistic phenomenon, manifested most notably in magical realism, that came to be known as the Latin American Boom. Examining the role of journalism and the ways in which various authors stylized their reporting in the service of artistic goals, the program looks at the work of Alejo Carpentier, Augusto Roa Bastos, Julio Cortazar, Gabriel Garcia Marquez, Juan Carlos Onetti, Jose Donoso, Miguel Angel Asturias, and Juan Rulfo.