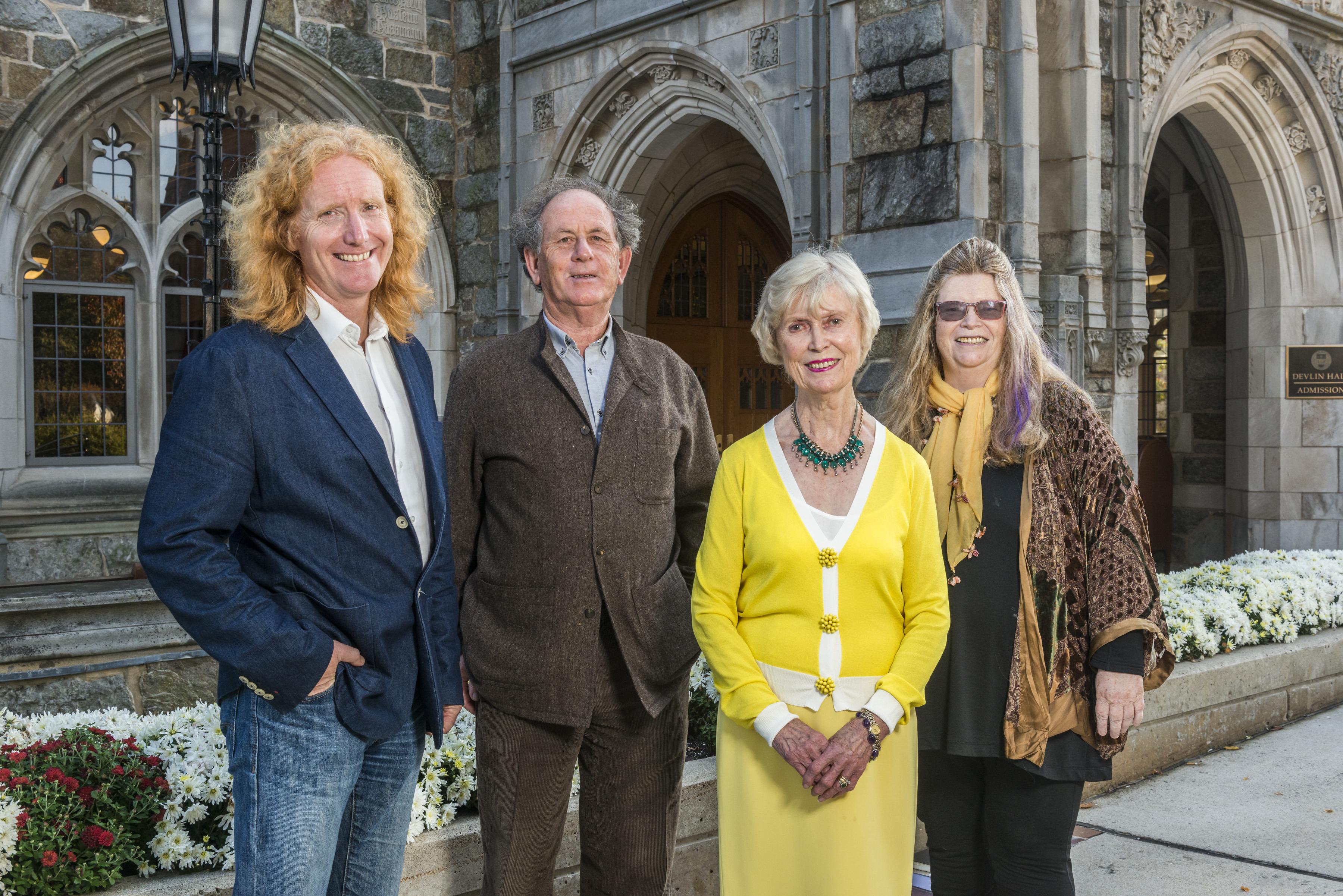 "Poems of Repossession : A Celebration of Contemporary Irish Poetry"

Photo by Gary Wayne Gilbert: Poets Louis de Paor, Liam Ó Muirthile, Deirde Brennan, and Nuala Ní Dhomhnaill
Read Colleen Taylor's November 1, 2016 review of the event in The Irish Echo.
You can also read Boston College student Chandler Ford's October 20, 2016 review in the BC Heights.
The event was sponsored by the Center for Irish Programs and the John J. Burns Library at Boston College with support from Culture Ireland and Poetry Ireland. 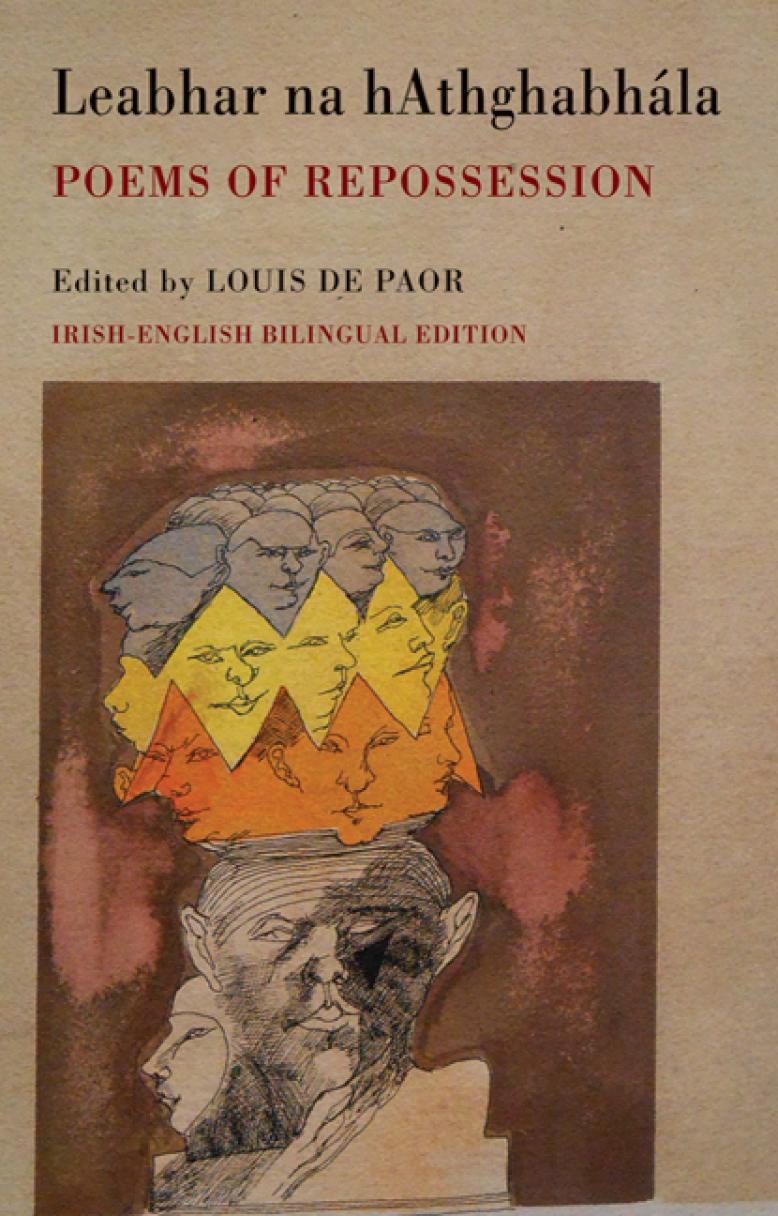 Leabhar na hAthghabhála / Poems of Repossession is the first comprehensive critical anthology of modern poetry in Irish with English translations. It forms a sequel to Seán Ó Tuama and Thomas Kinsella’s pioneering anthology, An Duanaire 1600-1900 / Poems of the Dispossessed (1981), but features many more poems in covering the work of 25 poets from the past century.

It includes poems by Pádraig Mac Piarais and Liam S. Gógan from the revival period (1893-1939), and a generous selection from the work of Máirtín Ó Direáin, Seán Ó Ríordáin and Máire Mhac an tSaoi, who transformed writing in Irish in the decades following the Second World War, before the Innti poets – Michael Davitt, Liam Ó Muirthile, Nuala Ní Dhomhnaill, Cathal Ó Searcaigh, Biddy Jenkinson – and others developed new possibilities for poetry in Irish in the 1970s and 80s. It also includes work by more recent poets such as Colm Breathnach, Gearóid Mac Lochlainn, Micheál Ó Cuaig and Áine Ní Ghlinn.

The anthology has translations by some of Ireland’s most distinguished poets and translators, including Valentine Iremonger, Michael Hartnett, Paul Muldoon, Eiléan Ní Chuilleanáin, Bernard O’Donoghue, Maurice Riordan, Peter Sirr, David Wheatley and Mary O’Donoghue, most of them newly commissioned for this project. Many of the poems, including Eoghan Ó Tuairisc’s anguished response to the bombing of Hiroshima, ‘Aifreann na marbh’ [Mass for the dead] have not previously been available in English.

In addition to presenting some of the best poetry in Irish written since 1900, the anthology challenges the extent to which writing in Irish has been underrepresented in collections of modern and contemporary Irish poetry. In his introduction and notes, Louis de Paor argues that Irish language poetry should be evaluated according to its own rigorous aesthetic rather than as a subsidiary of the dominant Anglophone tradition of Irish writing.