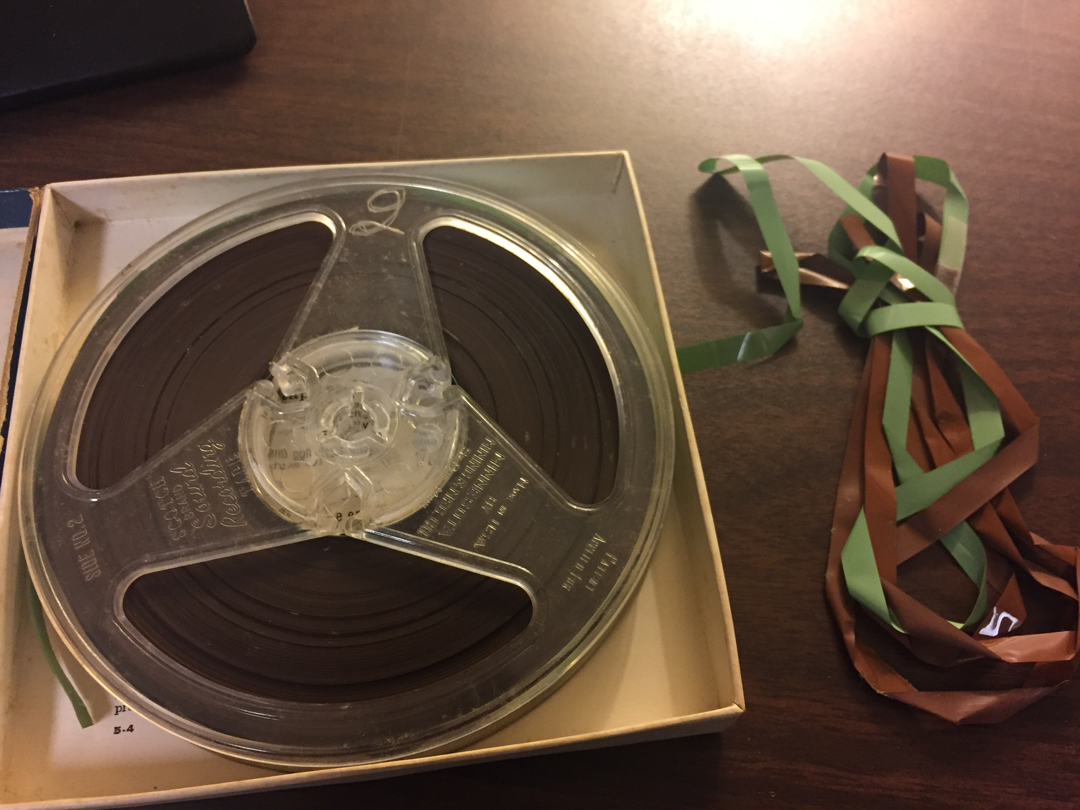 Boston College Libraries has been awarded a $30,775 Recordings at Risk grant by the Council on Library and Information Resources (CLIR) to digitally reformat a selection of its unique audio collections. Entitled Sounds of Mid-20th Century Irish America: Preserving Historic Music Field Recordings for Research Access, the proposed work focuses on two internationally-known collections supporting the study of lrish traditional music. Experts from across the BC Libraries, in particular within the Irish Music Archives, Digital Library Team, and Archives, contributed to this effort exemplifying core library values to preserve and make accessible heritage and research collections for the long term.

The two archival collections, the James W. Smith Irish Music Collection and Joe Lamont Irish Music Collection, include open-reel tapes of unpublished music. The 1950s/60s music performances feature some of New York and Boston's most prominent Irish musicians at the time, and the informal nature and setting of the recordings - noncommercial "jam sessions" in public and private spaces - capture uniquely the time and spirit of this evolving musical genre. The material will be of high value to musicologists, performers of Irish and folk music, and scholars of Irish-American history, cultural anthropology, and folkways of immigrant communities.

The highly competitive bidding process included an “independent, full scholarly and technical review that assessed scholarly value, cost effectiveness and technical competence”, and prioritized the long-term preservation of content.  The Sounds of Mid-20th Century Irish America project represents a classic case of high-value research content inaccessible without digitization and preservation. Morever, the majority of these recordings are in their original format of open reel-to-reel tapes, and are at risk of degradation and loss without digital conversion, preservation and archiving.

Stay tuned for updates on progress of the project and more information about the music over the next year!