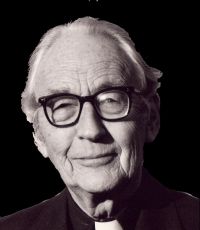 The papers of Frederick C. Copleston, SJ, (1907-1994), a widely read historian of philosophy, are available in the Burns Library.  Book manuscripts include drafts of History of Philosophy, Philosophy in Russia, and Memoirs of a Philosopher. There are numerous published articles by Copleston on individual philosophers, such as Nietzsche, and particular topics in philosophy. There is material on lectures and addresses as well as radio broadcasts on Buddhism and Hegelian philosophy. Correspondence contains letters with more than 150 individuals including A.J. Ayer, John Betjeman, Bertrand Russell, Frederick Sontag, Francis Sweeney, Alan Tory and others. The photographs are mainly from Copleston's later life.

The collection has focused on Western philosophy including the history of philosophy, speculative philosophy, ethics, and logic. The collection also includes works which examine the philosophical dimensions of religion, science, politics, the arts, social thought, and law. Material by and about certain philosophers is collected intensively, particularly the major ancient and medieval thinkers, and significant modern and contemporary continental philosophers. Among modern and post-modern philosophers, figures of interest to Department faculty include Kant, Hegel, Kierkegaard, Nietzsche, Heidegger, Blondel, Husserl, Lonergan, and Gadamer. Philosophy outside the Western tradition is also collected but more selectively.

A growing percentage of newly published scholarly books are now available in both print and electronic formats. When selecting books in philosophy, e-books are preferred over print when they are essay collections and reference works because they are rarely read cover-to-cover and usage of such works is typically by individual essay or reference article which can be downloaded and printed. When selecting monographs, print is the preferred format. If a print or e-book has been added to the collection, users may always request acquisition of the title in the alternate format. Any e-book selected for the collection must meet the library’s selection criteria for e-books.

For information about how the library collections at Boston College are being developed, go to the Collections page.

Please feel free to recommend items for the Philosophy collection by e-mailing the Subject Librarian for Philosophy, Jonas Barciauskas.