Planning a Visit to Burns Library

Burns Library is located at the north end of the Bapst Library building, named for Boston College’s first president John Bapst, S.J. The building, designed by Boston architect Charles Donagh Maginnis and constructed from local Roxbury puddingstone and Indiana limestone, was modeled after the chapel of Merton College in Oxford University and was originally the main campus library. 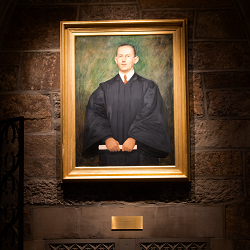 Ford Tower is named for Margaret Elizabeth Ford, a successful milliner in Boston whose 1926 donation of her estate enabled the library’s completion in 1928. The portrait in Ford Tower is of Judge John J. Burns (1901-1957). Burns, BC 1921, was the youngest justice appointed to the Massachusetts Superior Court and served as the first counsel for the Securities and Exchange Commission.

Burns was deeply committed to enhancing the University’s collection of rare books and manuscripts; when a section of Bapst was dedicated to special collections in 1986, the library was named after him in recognition of both his and his children’s ongoing support for special collections. The inscription consummatus in brevi explevit tempora multa or perfected in a short time, he fulfilled many years (Wisdom 4:13) serves as a tribute to John J. Burns’ enduring legacy. On the wall above our security desk hangs a 17th-century Flemish tapestry, one of several donated to Boston College by the Hearst Foundation in honor of Judge Burns and in memory of American newspaper publisher William Randolph Hearst. 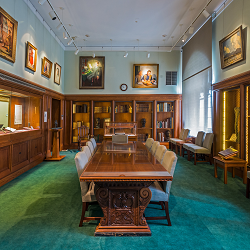 The Irish Room highlights a few of our Irish literature and music collections, including books by Samuel Beckett and William Butler Yeats. Egan harps from 1820s Dublin are also on display, as is Joe Derrane's accordion. The paintings in the room are of other notable Irish literary figures; a guide to the portraits can be found underneath the far left window in the room.  Across the hallway, the O’Brien Fine Print Room features examples of early printed books as well as contemporary volumes from fine presses. The exhibit cases lining the hallway display different themes in Burns and change multiple times a year. 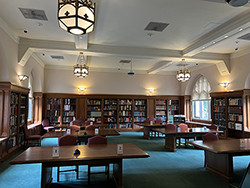 The Burns Library Reading Room provides access to our collections in a supervised setting for students,  faculty, visiting scholars, and members of the public. 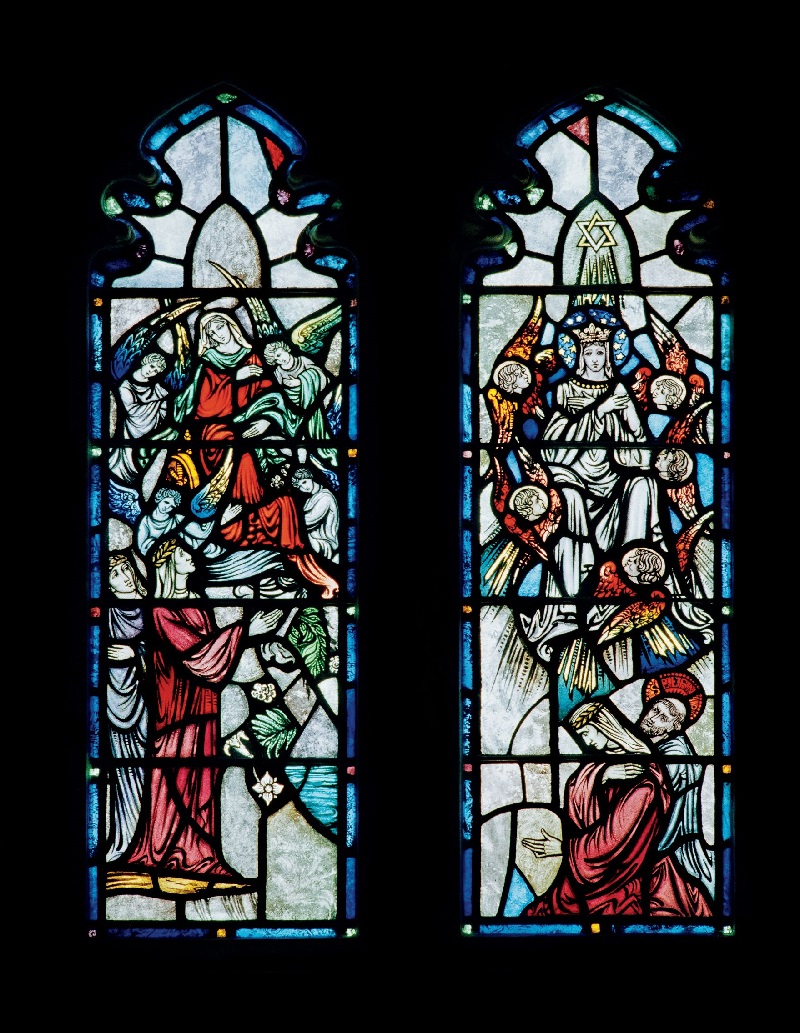 On the upper floor of the Library, you can find the Thompson Room, which features a stained-glass window depicting scenes from epic poetry. It is named after late 19th-century British poet Francis Thompson; our collection of his works are housed there. The portraits are of Thompson as well as fellow writers and publishers Wilfred and Alice Meynell.

Board of Trustees Room 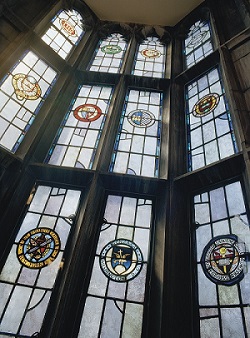 If you look through the window in the door at the end of the Thompson room, you can see the meeting room for the Boston College Board of Trustees. This room houses a part of the Burns Library’s extensive Jesuitica collection, and its stained-glass windows features the seals of the Jesuit colleges and universities in the Americas 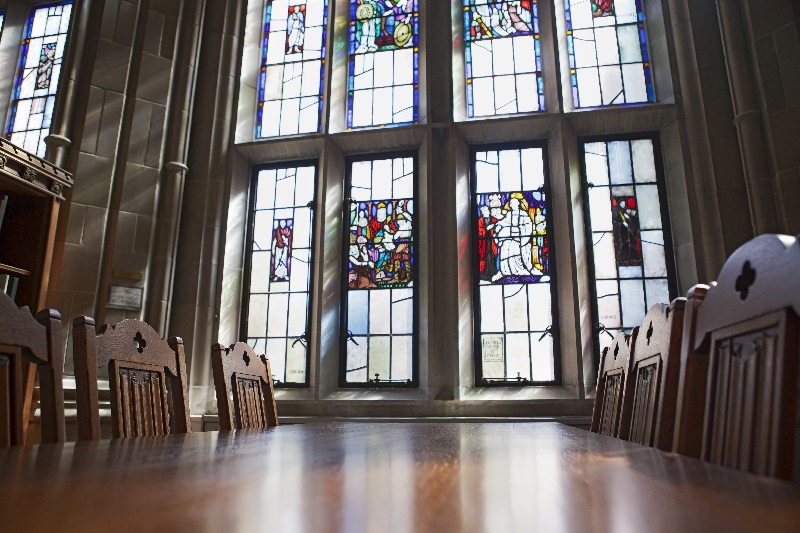 Through the glass wall in the Thompson room, you can see Gargan Hall, a favorite study space for students.  Gargan Hall can be accessed from the main Bapst Library staircase, at the opposite end of the building. Busts of Irish Nobel laureates William Butler Yeats, George Bernard Shaw, Samuel Beckett, and Seamus Heaney by sculptor Rowan Gillespie are on display, as well as stained glass windows by Earl Edward Sanborn which depict the academic disciplines traditionally emphasized in Jesuit education. 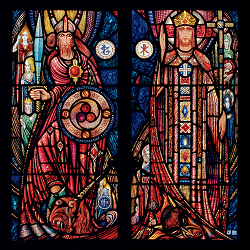 On the main floor of Bapst Library, stop by the James Jeffrey Roche Room, which features stained-glass windows by the Irish artist Richard King that juxtapose Celtic mythological and Christian theological traditions. For more detail on these windows as well as other stained glass in Bapst Library, see Illuminating Stained Glass: A Self Guided Tour of the Decorative Windows of Bapst and Burns Library, available at the Bapst circulation desk.