This is an introductory guide to resources available to students at Boston College on Irish History.

According to The Oxford Encyclopedia of the Modern World's entry on Northern Ireland says "Northern Ireland was established by an act of the British Parliament in 1920. The act was introduced with a view to settling the Irish question as it had affected British politics since the 1860s" (ed. Peter N. Stearns, 2008, full text for BC).

On this page, you can find entry points for Primary Sources on Northern Ireland, looking at cultural ephemera (e.g., art, music, etc.), government documents, and more.

What's on This Page

This page has a lot on it. You can use the following anchors (links down the page) to jump straight to a relevant box. 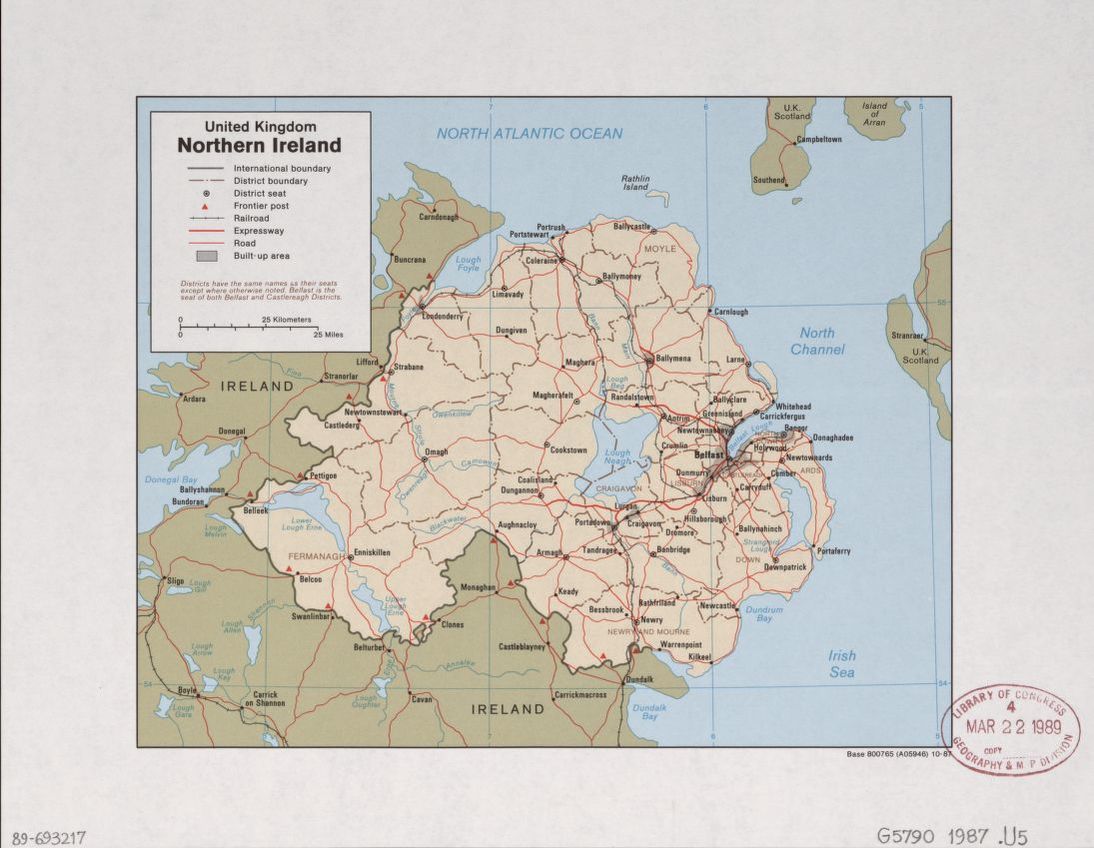 These are collections with extensive content, covering dozens of topics related Irish history. We recommend trying each of these to see if they are relevant to your research.

In our very own special collections library (Burns), you'll find an impressive array of material on Irish History. It's one of BC's areas of focus. If you're studying the topic it's well worth the trip to hold that history in your hands.

To do so, you should start by searching for material through BC Libraries' catalog and then ordering it (if you haven't registered, you'll be prompted). For a guide on the process, check out the "Finding Burns Material" page.